We have some exciting news to share with you that has everybody from casino operators to players buzzing. Indeed, Relax Gaming & Big Time Gaming (BTG) entered into a sweet agreement. So without further ado, let’s jump into the details and discover what has everybody talking! 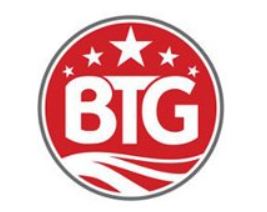 First, Relax Gaming is now one of three partners to distribute BTG content. This includes hit titles like Bonanza: Extra Chilli & Danger: High Voltage. Not to mention, this month BTG will release a much-anticipated slot too!

Indeed, on November 14th BTG will launch, Who Wants To Be A Millionaire? Which, BTG displayed at last month’s G2E Awards in Las Vegas. With that said, it looks like Relax Gaming is going to have an opportunity to distribute one of the hottest games of all time! Also as a part of the new agreement, Relax Gaming will now have a license to access BTG’s MegaWays™ mechanic. This creative tool is a reel modifier that allows developers to give players a different game experience with every spin! And this is a pretty big deal for Relax Gaming.

According to Daniel Eskola, CEO of Relax Gaming, “At Relax Gaming, our goal is to usher in a new era of online delivery. And by partnering with providers like Big Time Gaming, it signals that we’re moving in the right direction.” He later said, “It’s also exciting times at Relax Gaming, especially after receiving the additional MegaWays™ deal. Now we’ll be able to showcase those games once released.”

Moving Forward into a New Era

To wrap things up, it’s obvious that Relax Gaming is in position to become the supplier of the year! Not to mention, they now have access to some of the best content in the market. So at this stage, it’s pretty obvious Relax Gaming is the go-to supplier! They’ve got all the big hits, and even bigger hits are on the way!