The Kindred Group ventures into a new area. And they’re doing that by becoming the official partner for the FIDE World Chess Championship held in London between the 9-28 November. Indeed, it’s not every day that you’d make the connection between chess and sports book. But, apparently, it’s an up and coming betting market. In fact, the 2016 championship saw over 6 million viewers tune in to watch the match. And there’s no doubt the Kindred Group sure saw an opportunity there!

All and all, the move to capture a broader betting audience was excellent by Kindred Group, even if the sponsorship is unthought-of. But as you know, Unibet has always been a pioneer when it comes to opening up new sports bet markets. 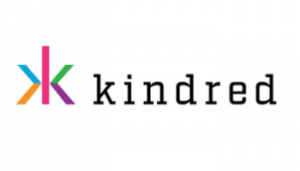 Upswing in the market

In fact, when the Norwegian Grandmaster Magnus Carlsen took home the world championship in 2016. The interest in chess and being able to bet on it, saw a rebirth in the European countries. And chess, just like Unibet is deeply rooted in the UK. So, we’ll probably see an increase in bets from the UK thanks to this deal!

Unibet commented on the sponsorship and the future of betting on chess by saying. “We believe that this year’s World Championship in London will establish chess as a permanent fixture in betting.”

So, if you’re a fan of the game, the bookmaker Unibet will make sure you’re closer to the action by adding more options to bet on upcoming chess matches and tournaments. Additionally, Ilya Merenzon CEO of the World Chess added on the sponsorship. “World Chess is proud to announce this exclusive partnership with Unibet. We’re enabling fans to be even closer to the action in this tantalising match. The tournament is the highlight of the chess calendar. And millions of people around the world will follow every move.”