Gaming Innovation Group (GiG) is a market-leading operator, but at the same time, they’re also a platform provider. It’s their full range of products that turned them into a respected player in the industry. Recently, the group released its financial results for Q2 of 2018. On this occasion, the company’s CEO Robin Reed commented on future growth. 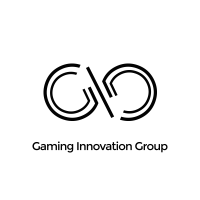 The group’s revenue grew 39% YOY, and this translates to £33.39 million. But with the EBITDA going down from £1.71 million to £1.53 million, there’s a question mark. Why doesn’t the latest number match the growth?

“The answer is a heavy investment to ensure we remain competitive. We have expanded across many verticals. Now we have a major offering on all of them! But this expansion harmed our results”.

Similarly, Reed commented on their marketing costs when compared to revenue. But again, this is a result of circumstances and a change in strategy.

Indeed, the World Cup meant that GiG increased its marketing costs temporarily. Because of course, events of this size always create great opportunities for brand awareness. But he reassured the investors by confirming that the costs decreased after the final whistle.

Also, at the same time, the company changed its strategy. “We turn away from traditional gaming marketing. Instead, we move towards digital marketing,” added Reed.

All these changes, along with some new products mark the road to a common goal, that, requires compliance, and further growth. As its CEO said, compliance is being put at the heart of the business.

In fact, GiG recently launched its Comply product and got two new deals because of it. Also, there is the last pillar of growth, within Europe, but also in the US. GiG’s partnership with New Jersey’s Hard Rock casino is one of its investments.

Apparently, the group also sets its eyes on other jurisdictions like Sweden, Denmark, and some other countries, to mention a few.