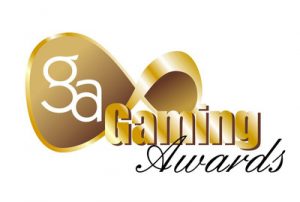 On February 4th London’s Savoy Hotel hosted the 12th edition of the International Gaming Awards (IGA) And according to sources, this year’s event was something extraordinary. But surely it’s not a big surprise since very much like the industry, the award ceremony keeps on growing.

But fast growth is sometimes a bit dangerous because it means that the iGaming industry is a hard sector to keep up with. That’s why it’s so important to have these types of events, where exceptional work is acknowledged. So, to keep things brief here’s a quick recap of some of the awards that have not made the headlines yet.

Who makes the best games?

According to the panel of judges at IGA. There are a few game providers that are worth keeping an eye out for this year. In fact, Red Tiger Gaming (RTG) shined at the ceremony and walked away with the iGaming Software Supplier of the year trophy. As you know RTG inked several deals this year with casino operators like Casino Heroes and Casumo. And slowly but surely this game provider is rising above many in the industry. Undoubtedly, winning such an award will only contribute to the company’s success.

Even if NetEnt was heavily criticised last year, the company still managed to walk away with an award. In fact, they won the Mobile product of the year. And certainly, this will only help them get their groove back as they enter 2019 with a new set of challenge. And a new CEO who has its eyes peeled on the future and innovation.

Which Operator shined the most?

Casumo is famous for the quality of its online casino and promotions. And this year at IGA the panel of judges agree that the gamified casino operator deserved a trophy too! So, Casumo casino took home one of the most prestigious awards of the night Online Casino Operator of the year! And when it comes to mobile play, well LeoVegas stole the show, again, as it always does year after year!