Microgaming has done it again. Indeed, it’s legendary Soapbox Race returned to great success. The charity event filled the streets of Douglas with cheering crowds last weekend. The spectators could enjoy the crazy runs of whacky cars, crashes included. Besides the smile on people’s faces, the annual event also served as a good cause to raise funds for the organisation, Hyperbaric Isle of Man. 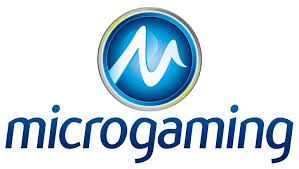 The fundraiser’s latest edition turned out to be even bigger than before. The race featured some insane jumps, tight turns and steep slopes to navigate. In the meantime, the rest of the crowd enjoyed some memorable moments. Fragile but funny cars faced the obstacles bravely at high speeds.

The organisers awarded many prizes during the day. Traditionally, there was an award for the fastest time, highest speed, and biggest jump. But also for the best crash, best dressed and best kart design.

Have you missed the action-packed day? Well, make sure to clear your calendar for next year. As this Soapbox Race will most definitely be a tradition for years to come!

In brief, Microgaming supports the race since 2014. Since then, it turned into a tradition, bringing some joy to the Isle of Man. The company’s PlayItForward charity is a community-driven initiative that aids with financial support, organisation, and volunteer work across the island.

Apart from the fun, the race served to raise some much-needed funds for a good cause. All profits from the event went to Hyperbaric Isle of Man. This local charity organisation treats over 15,000 patients on the island per year. Its primary focus is on providing hyperbaric oxygen therapy to those in need.

In 2016 the event raised £4,000 for charity. And many think that Microgaming has beaten the previous record given the success of the race this year.