Yggdrasil has launched its very first branded game partnership, and it did it in a spectacular way. Indeed, the Malta-based provider marked the deal with Nitro Circus (NC) with a great event. In fact, partners could experience the supplier’s slots with the popular bonus features and at the same time, saw stunning stunts from NC’s top BMX riders. 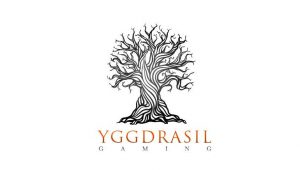 With the client at heart

Yet, Yggdrasil wants to continue growing their brand and creating events like this one is a fantastic way to bring awareness to the game provider. Judging by the first event, everyone involved in the future will be up for a treat.

All and all, the company tries to forge a close relationship with its partners.

“To put them at the heart of events like this is important to us,” explained Yggdrasil Gaming CMO, Karin Wahlström. According to her, these events give clients a deeper understanding of up-coming games.

The World-class bikers Kurtis Downs and Todd Meyn defied gravity with a range of tricks, and their stunts left over 100 industry partners impressed. At the same time, the 100 or so guests gained direct access to Yggdrasil’s content. In fact, many tried the tournament Boost tool and Slot Shots.

Ultimately, a delicious BBQ wrapped up the party. In fact, the supplier’s own chef Ivan made sure the company’s clients left pleased.